Skip to primary content
On September 25, 2019, the Centers for Medicare & Medicaid Services published a final rule detailing the methodology for implementing the Affordable Care Act (“ACA”) reductions to state Medicaid Disproportionate Share Hospital (“DSH”) allotments beginning in FY 2020. The final rule calculated $4 billion in state Medicaid DSH cuts for FY 2020 and an estimated $8 billion for each subsequent year through 2025.
BACKGROUND
Federal law requires that state Medicaid programs make DSH payments to qualifying hospitals that serve a large number of Medicaid and uninsured patients. However, the ACA modified the amount of funding available to states under the Medicaid program, in anticipation of lower levels of uncompensated care and lower rates of uninsured patients.
In 2013, CMS issued a final rule to implement the ACA state Medicaid DSH allotment reductions. Subsequent legislative actions delayed the implementation of the reduction until FY 2020. However, a resolution approved in late September by both the U.S. Senate and House of Representatives temporarily provided an extension to the current DSH funding through November 21, 2019. The reduction was originally scheduled to go in effect on October 1, 2019.

NEW METHODOLOGY
The final rule sets forth a number of factors required in the methodology by the ACA, including: the rate of uninsured in each state, the volume of Medicaid inpatients, and the level of uncompensated care. The current DSH formula has not changed since 1992.

A copy of the full text of the final rule is available here.
Written By: Catherine B. Moore 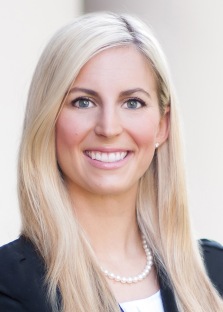