As reported in last month’s LHA article, Blue Valley Hospital (“BVH”) recently filed a lawsuit seeking to restrain and enjoin the United States Department of Health and Human Services (“HHS”) and the Centers for Medicare & Medicaid Services (“CMS”) from terminating BVH’s Medicare certification and provider contracts. In the lawsuit filed with the United States District Court for the District of Kansas (“Kansas District Court”), BVH argued that if the Temporary Restraining Order (“TRO”) and injunction were not granted, BVH would lose nearly all of its revenue while the administrative appeal was pending, which would force BVH to close and would result in irreparable harm. At the time of the prior article, it was unclear how the Court would rule and whether the BVH Medicare provider agreement would be terminated.

On June 7, 2018, the Kansas District Court dismissed the BVH case for lack of subject matter jurisdiction because BVH had not exhausted its administrative remedies. BVH’s Medicare provider agreement was subsequently terminated by CMS in a Public Notice of Termination effective June 15, 2018. Hospitals should carefully analyze the requirements to be “primarily engaged” that are summarized below, and make any necessary adjustments to meet those requirements prior to the arrival of surveyors. As the BVH case illustrates, the administrative process can be slow and the courts are not likely to grant injunctive relief to protect against termination of a hospital’s provider agreement while the hospital pursues its administrative remedies.

The “Primarily Engaged” Requirement: In summary, Survey and Certification Memo: 17-44-Hospitals (“S&C 17-44”) states that in order to be a hospital, a facility must be “primarily engaged” in providing certain services to inpatients (plural). In order for the surveyors to determine whether or not an entity meets the “primarily engaged” requirement, hospitals must have two inpatients at the time of the survey, as well as an average length of stay (“ALOS”) and average daily census (“ADC”) of two over the past twelve months.

If a hospital does not have at least two inpatients at the time of the survey, a survey will not be conducted at that time and surveyors will review the ADC and the ALOS data over the past 12 months. If the facility does not have a minimum ADC of two inpatients and an ALOS of two over the last 12 months, the guidance to surveyors is that the facility is most likely not primarily engaged in providing care to inpatients. The State Agency (“SA”) or Accrediting Organization (“AO”) must immediately contact the CMS Regional Office (“RO”) to inform them that a survey could not be completed. The RO will consider certain enumerated additional factors in determining whether to conduct a second survey. After considering those factors, the RO will determine whether a second survey should be conducted. If the CMS RO determines a second survey should be conducted but the facility does not have two inpatients, the survey will not be conducted. Instead, the facility will be cited for non-compliance with 42 CFR § 482.1. For initial applicants, the RO will then deny the applicant’s certification in the Medicare program. For hospitals currently participating in Medicare, the RO will proceed with termination of the provider agreement, after considering all of the circumstances, including access to care concerns.

The BVH Survey:  On November 13-14, an unannounced survey was conducted at BVH. At the time of the survey, BVH had no inpatients. The surveyors reviewed the ADC and ALOS data for BVH from November 1, 2016 to October 31, 2017. The Hospital Database Worksheet reviewed by the surveyors showed an ADC of .48. BVH reported an ALOS of 1.2. The survey report also found that nearly every patient was discharged prior to the weekend; BVH performed 309 outpatient surgical procedures for the prior year compared to 146 inpatient surgical procedures; BVH advertised that it performed laparoscopic procedures where most patients are able to return to their home the day after surgery; and BVH recently added 5 off-campus locations to its Medicare provider number, none of which provided inpatient services. Based on that information, the surveyors concluded BVH was not “primarily engaged” in providing services to inpatients. BVH submitted a plan of correction, but the CMS RO determined the POC lacked specific dates as to when the hospital would come into compliance and was “aspirational only.”  CMS subsequently sought to terminate the BVH Medicare provider agreement.

The BVH Appeal and Lawsuit for Injunctive Relief:  As a result, BVH requested an expedited hearing with the HHS Departmental Appeals Board and also filed suit in the Kansas District Court to restrain and enjoin the HHS and CMS from terminating its Medicare certification and provider contracts. BVH sought an injunction in order to continue operating and treating patients while pursuing its administrative appeal and judicial review if needed.

BVH alleged the ADC and ALOS requirements were contrary to and directly conflicted with CMS’ own definition of “inpatient.”  Specifically, a patient is considered an inpatient if formally admitted as an inpatient “with the expectation that he or she will require hospital care that is expected to span at least two midnights.”  However, the ADC and ALOS requirements of S&C 17-44 mandate an ADC of two inpatients and ALOS of two midnights. BVH argued that many of its inpatients have an expected stay of two midnights, but because of the high quality of care received, are able to go home earlier than expected. In addition, BVH argued CMS violated the rule-making requirements by failing to provide a notice and comment period for the new ADC, ALOS and two inpatient minimum requirements.

In a June 7, 2018, Memorandum and Order, the Kansas District Court dismissed the BVH motion for a preliminary injunction for lack of subject matter jurisdiction concluding BVH had not exhausted its administrative remedies. The Court explained in detail the legal requirement for exhaustion of administrative remedies under the Medicare Act, ultimately finding that BVH could not seek injunctive relief through the Court when BVH had not exhausted the proscribed remedies. The Court did not reach the substantive issues presented by BVH. However, there are a few noteworthy takeaways from the Court’s opinion that hospitals should be aware of:

– Admissions by BVH’s leadership acknowledging that BVH knew it was not in compliance.

– In order to get its numbers up, a discount was offered to employees and their friends and families to incentivize them to have surgery so BVH could increase its census numbers.

– Interviews with former employees suggest they quit working at BVH because they were told to falsify medical records to make it appear that the patient needed to stay two nights, so BVH could justify keeping patients longer to inflate their inpatient numbers.

The Court held BVH’s request for an injunction was not collateral—sufficient to sidestep the exhaustion of administrative remedies requirement—because BVH was attacking the constitutionality of S&C 17-44, which was being enforced. These arguments were the same arguments used by BVH in the administrative proceeding to oppose the termination decision. A true collateral action cannot include an attempt to reverse the agency’s decision. Finding the issue of the constitutionality of S&C 17-44 as “inextricably intertwined” with the substantive challenge to the termination decision, BVH’s request was deemed not to be collateral.

However, the Court still addressed BVH’s due process for lack of hearing argument. This argument was found to be not colorable because there was no proscribed procedure in which BVH was due a hearing before the termination of its Medicare provider agreement. Stated plainly, there was no rule that required the hearing BVH sought, so the agency could not have violated BVH’s due process rights. Finding no exception to the exhaustion of administrative remedies requirement, the matter was dismissed for lack of subject matter jurisdiction.

This decision should be contrasted with the United States Fifth Circuit decision discussed in May’s article Patience is a virtue; an administrative hearing is a right: fifth circuit creates possibility of enjoining recoupment. In that case the Fifth Circuit found the provider’s injunction request was entirely collateral because it requested an injunction based on the failure of the administrative court to provide a hearing within 90 days, as required by the applicable procedural rules. Noteworthy, the provider did not make any arguments related to the merit of the underlying administrative decision.

Hospitals should know that it’s not necessarily over for BVH—while BVH may have a difficult legal road ahead, BVH still has the opportunity to appeal through the HHS Departmental Appeals Board and ultimately to seek review in the court system. However, this recent Court opinion alerts hospitals to this significant threat that hospitals may not be able to seek an injunction while pursuing their administrative remedies and judicial review. Additionally, hospitals with low ADC and ALOS should thoroughly review S&C 17-44 and begin preparing for surveyors now. Hospitals should consider: 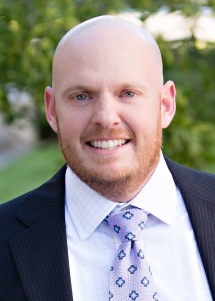 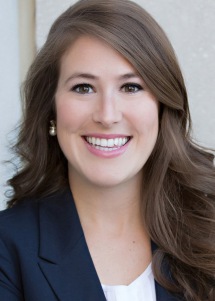