Zone Program Integrity Contractors’ (“ZPIC”) ability to recoup payments as a hospital appeals the ZPIC’s audit finding may have been weakened. A recent decision by the United States Court of Appeals for the Fifth Circuit, Family Rehabilitation, Incorporated V. Azar, 886 F. 3d 496, (5th Cir. 3/27/2018), sent a strong message regarding the federal government’s administration of Medicare claims appeals: failure to provide a provider with a timely appeal may be grounds for a violation of due-process. Pertinent to hospitals on an operational level, an untimely administrative hearing may be grounds for the hospital to seek an injunction of the corresponding recoupment. Either way, the Family Rehabilitation decision should not be ignored.

In 2016, a ZPIC audited forty-three claims previously submitted by a home health provider. From those claims, the ZPIC determined there was a 93% error rate, largely based on the provider’s documentary deficiencies related to the required initial home health certification. As in common in these audits, the error rate was extrapolated to arrive at an alleged overpayment amount of $7,885,803.23. The provider’s Medicare Administrative Contractor (“MAC”) promptly demanded the return of that amount. The provider disputed the demand and appealed the ZPIC’s finding.

In the Family Rehab decision, the provider appealed the audit results and extrapolation through the first and second stages with hardly any luck. After the second stage, the provider was told a recoupment of $7,622,122.31 would begin, as allowed under federal law. The provider timely requested an ALJ hearing, which is mandated to be conducted within ninety (90) days or that stage of the appeal is considered exhausted. In response, the provider was told an ALJ hearing would not be scheduled for three to five years. This extensive delay in the administration court was not unique to this provider, but was admitted as the product of “the logjam of Medicare appeals.”

Faced with an impending recoupment and indefinite administrative hearing, the provider filed a request for a temporary restraining order and injunction with a federal district court requesting the recoupment be stayed until after the ALJ hearing was conducted. In its request, the provider cited inevitable shut down, bankruptcy, and violations of its due process rights as grounds.

Complicating the procedural conundrum further, the federal district court dismissed the injunction request after finding the provider failured to exhaust its administrative remedies. Essentially, the district court noted that it only had authority over a final decision of the U.S. Department of Health and Hospitals, and the provider lacked any final decision from which to request relief.

On appeal, the Fifth Circuit waived the exhaustion requirement in light of the circumstances, partially reversing the district court’s decision. While the Fifth Circuit acknowledged there was no “final decision” from which the provider’s appeal was taken, it also found merit to exceptions asserted by the provider.

Prior Supreme Court jurisprudence held an exhaustion requirement could be waived where the plaintiff asserted “a collateral challenge that cannot be remedied after the exhaustion of administrative review.” The Fifth Circuit found the provider’s request was collateral to the agency’s appellate process because the provider was only requesting the procedural remedy of staying the recoupment until the agency followed its statutorily required procedures. The Court was clear that had the provider requested a determination that the recoupment was unlawful, its claims would not have been collateral.  Ultimately, the Fifth Circuit reversed the district court’s dismissal for lack of subject matter jurisdiction and remanded the matter for adjudication of the provider’s due-process and ulta vires claims.

The Family Rehabilitation decision has several impacts on the Medicare appeals process. First, hospitals faced with a recoupment but which are not timely provided with an administrative hearing may have grounds on which to request a stay or injunction of the recoupment until a hearing is provided. Second, the decision sends the message that the backlog of Medicare appeals can no longer be ignored, and, to some extent, may be a violation of procedural due process. While the ultimate determination of the provider’s due-process claims will be similarly significant, the current decision of the Fifth Circuit opens procedurals doors previously closed to hospitals and expands their options for fighting a Medicare recoupment. 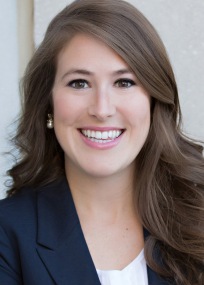